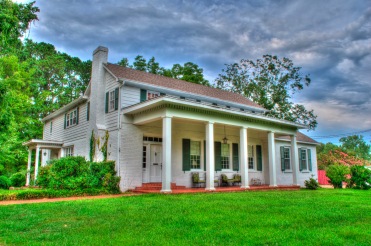 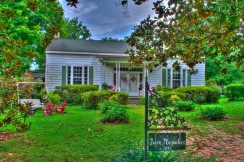 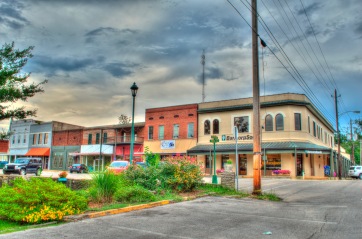 Iuka, Mississippi was founded in 1857 when the Memphis and Charleston Railroad came through northeast Mississippi.  The nearby town of Eastport decided not to allow the new railroad to come through their town, and instead the railroad passed ten miles southwest of Eastport.  As rail traffic increased, businesses and homes began appearing on either sides of the tracks and the town of Iuka was born.  The town is supposedly named after a Chickasaw chieftain who once lived in the area.  By 1860, most of the population of Eastport had moved to Iuka, taking with them many buildings and homes.  As Eastport slowly died, Iuka prospered.

During the Civil War, Iuka was occupied by both Union and Confederate forces at various times during the War.  On September 19, 1862, a battle was fought just south of Iuka between the forces of Confederate General Sterling Price and Union General William Rosecrans, resulting in an indecisive Union victory and 2,300 casualties.  After the Civil War, the original county of Tishomingo was split into three new counties: Alcorn, Prentiss and Tishomingo, and Iuka became the county seat for the new county of Tishomingo in 1880.  A Courthouse was built in 1889 just south of the town center and is today known as the Old Tishomingo County Courthouse and used as a local history museum.

During Reconstruction, Iuka was known as the hometown of Mississippi Governor John M. Stone, one of the longest-serving governors in Mississippi history and helped found Mississippi State University in Starkville.  Stone and his family lived in the house known as Twin Magnolias.  At the same time, Iuka became known nation-wide for its mineral springs and health spas.  Iuka was spared the horrors experienced by other north Mississippi towns during the Yellow Fever Epidemic of 1878, and the town credited its spring waters for holding back the Fever.  Soon, thousands of visitors came to Iuka and its springs, and several hotels, including the Iuka Springs Hotel, the Mineral Springs Hotel and the Leatherwood Hotel were built in town.  At the 1904 St. Louis World’s Fair, bottled water from the Mineral Springs one first prize.

Devastating fires in 1886, 1896, and 1899 destroyed parts of the Courthouse and much of the town center.  New brick buildings began to appear in town during the early 20th century.  A new school was built in 1910, the successor of the Iuka Normal Institute, one of the first Normal schools in the South.  Iuka survived both World Wars and the Great Depression, but its connection to the railroad slowly eroded after the coming of the automobile and the reduction of rail traffic after the 1940s.  One last devastating fire in 1944 destroyed the Mineral Springs Hotel.  In the 1930s Pickwick Dam was built on the Tennessee River north of Iuka, and the resulting Pickwick Reservoir brought prosperity back to Iuka.  Iuka has survived the lost of its railroad, mineral springs businesses and several fires and today remains a small but important community in northeast Mississippi.