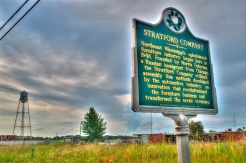 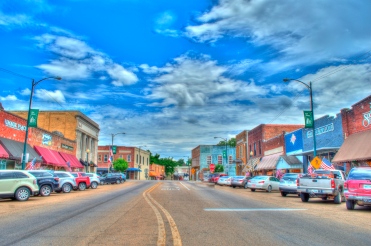 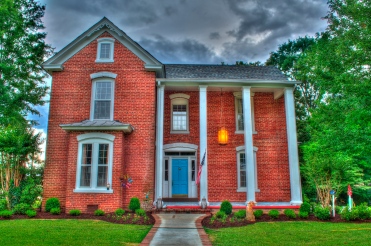 The town of New Albany began in 1840 as a grist and saw mill on the banks of the Tallahatchie River, near several Chickasaw trade routes.  The town remained small for the first 25 years of its life, and all of the original antebellum buildings were destroyed during the Civil War or by fire soon thereafter.

New Albany was reborn in 1870, after the Civil War and during the period known as Reconstruction.  A new county, called Union County, was formed out of lands previously belonging to Lee, Pontotoc and Tippah Counties, and New Albany was re-founded as the county seat.  The city remained small, however, until the late 1880s, when two rail lines, the east-west Kansas City, Memphis and Birmingham and the north-south Gulf and Ship Island came to New Albany.

The town’s main boom period was from 1890 to the 1930s, when many of the town’s Victorian and Craftsman houses were built.  The spectacular Union County Courthouse was completed in 1909.  With the end of the Age of the Railroad, New Albany (like many hill country towns) began a shift towards tourism.  The town offers a vibrant downtown, many restaurants, an acclaimed bike trail and an annual festival held on the Tallahatchie River.

New Albany’s most famous son is undoubtably William Faulkner, one of the great 20th century American authors and Nobel Prize winner who was born on Cleveland Street in 1897.  New Albany was also the adopted home of Russian immigrant Morris Futorian who opened the Stratford Company outside New Albany in 1948, creating the upholstered furniture industry which was one of the largest industries in north Mississippi for many decades.