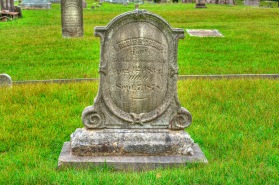 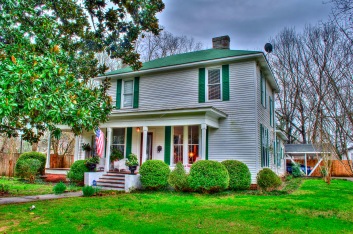 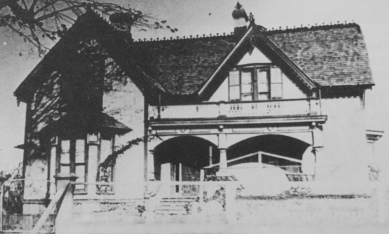 The Crump-Fant House was built in about 1868 by Brodie S. Crump (1833-1878), a member of the influential Crump family.  Brodie Crump was born in Virginia, but came to Holly Springs as a young boy with his father William and his brothers.  Crump served in the Confederacy during the Civil War, and later served as the President of the Bank of Holly Springs and senior partner in the store Crump and Company.  In 1868, Brodie Crump built this house on Chulahoma Avenue, next door to the Old Presbyterian Manse (1855).  The house was an early example of the Italianate and Victorian styles.

During the Yellow Fever Epidemic of 1878, Brodie Crump, along with his brothers William and Edward, died of the Fever.  A year after Crump’s death, his widow Helen Crump sold the house to Arthur Fant (1849-1881).  After Arthur’s death in 1881, his widow Elizabeth “Lizzie” Anderson Fant (1852-1935) continued to live in the home.  Fant was a locally-famous artist, as was her daughter, Netty Fant Thompson.

In 1915, the Fant family sold the house to John B. Jarratt (1842-1926), who destroyed the now-dated Victorian house and built a fashionable Four Square home on the same lot.