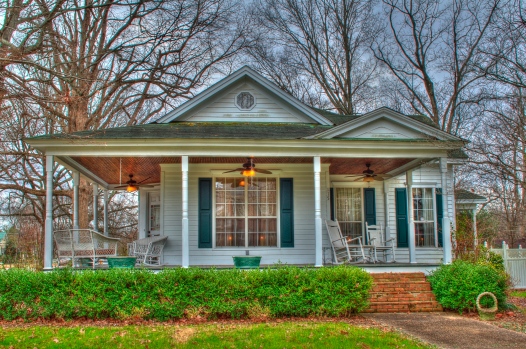 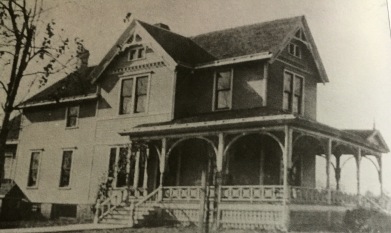 Thorne House (before the fire)

The Thorne House was built in 1898 by George M. Buchanan (1838-1926).  Buchanan was originally from Kentucky, and joined the Confederacy from there during the Civil War.  Buchanan was injured at the Battle of Shiloh in 1862 and was taken to Holly Springs to recuperate.  Buchanan met a nurse at Holly Springs named Victoria Nunnally Buchanan (1840-1885), whom he soon married.  After the Civil War, Buchanan remained in Holly Springs with his family and became a prominent member of the Republican Party at a time when the vast majority of white Southerners were Democrats.

Buchanan was Sheriff of Marshall County from 1870 until 1875, and was later a U.S. Marshal for north Mississippi.  Even later, Buchanan became a large landowner in northwest Marshall County and helped to found the town of Victoria, named after Buchanan’s wife Victoria.  Though he was successful in politics and business, Buchanan and his family suffered enormous tragedy.  Buchanan’s young son Charles died in an accident at home in 1868, and his daughter Mary died two years later.  In 1878, Buchanan’s three remaining children, Susie, Nancy and Fannie, died in the Yellow Fever Epidemic of 1878.  In 1885, Victoria died, supposedly of a broken heart.  Shortly after his first wife’s death, Buchanan remarried, to Susan Dean Buchanan (1858-1932).  Buchanan had two more children with his new wife: George M. Buchanan Jr. (1888-1956) and Victoria Buchanan (1890-1922).

The Buchanans built this house in 1898.  It was a two-story Victorian house with traditional Victorian detailing and porch.  It was the first pre-fabricated house in Holly Springs, predating both L. A. Smith House (1906) and the Warwick (1910), and was assembled from parts shipped from Battle Creek, Michigan.  In 1910, the Buchanans sold the house to Jasper Butler (1867-1922), who lived here until 1914, when he sold it to James W. Tucker (1848-1916) and his wife Lizzie H. Tucker (1864-1935).  The Tucker family lived in the house for 23 years.  At some point after 1933, the Thorne House suffered the same fate as the Levy House (1897), when lightning struck the top floor of the house, causing a fire which destroyed much of the house and resulted in the house being remodeled into its current one-story configuration.