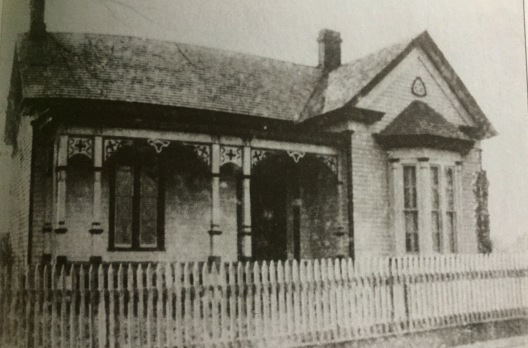 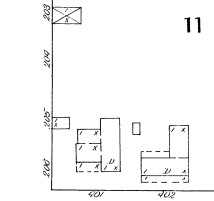 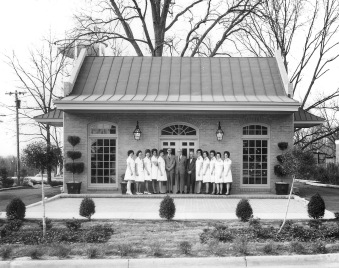 In 1968, Davis and Johnson sold the house to Merchant and Farmer’s Bank, which destroyed this house and built the current small brick bank, which was used as a drive-though bank from 1968 until 2017, when the branch closed.  The future of the current building is unknown at this time.

The Fennell-Thompson house was a one-story, gable-front Folk Victorian cottage, with a bay window and a two-bay porch supported by columns with beautiful ornamentation.

Thanks to Bobby Mitchell for providing the 1968 picture of the opening day of the Merchant and Farmer’s Bank.